Cataract is a disorder that causes the eye’s clear and transparent lens to become cloudy. It develops over time and is usually caused by aging, where it is most susceptible to those above 40 years old. However, infants may also suffer from cataracts due to heredity factors.

Depending on its severity, cataracts have several effects such as blurriness, double vision, frequent changes of glasses, and worse vision during daytime. Some factors that cause cataract include inflammation, diabetes, injuries to the eye, heredity anomalies, and malnutrition (especially antioxidants).

Indonesia has a relatively high number of cataract patients, especially among the underprivileged. A combination of low awareness that cataract can be treated by surgery and financial barriers to healthcare resulted in an annual increase of cataract patients. 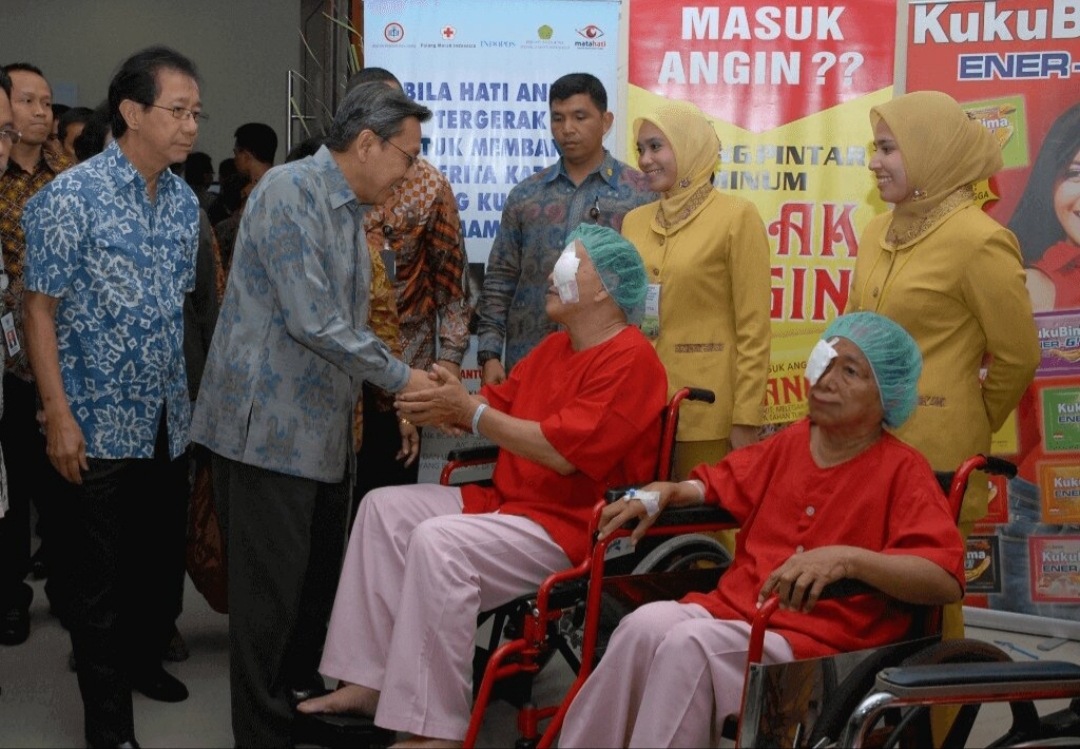 According to the Basic Health Research (Riskesdar) 2013, about 1.8% of Indonesians suffer from cataract, making Indonesia to have the most prevalent case of blindness due to cataract in Southeast Asia. In 2014, the Ministry of Health estimated that the cataract incidence rate was 0.1% per year or about 1,000 new patients every year.

Against this backdrop, Sido Muncul began the Free Cataract Surgery programme in 2011 for the underprivileged. The first edition of the programme was inaugurated by the then Vice President Budiyono on 15 January 2011. Since its launch in 2011, we have provided free surgeries for 54,000 cataract patients in 211 cities/regencies across 27 provinces at 242 hospitals/eye centres in Indonesia.

From its launch in 2011, our primary partner has been the Indonesian Ophthalmologists Association (Perdami), who provides the medical expertise for the Free Cataract Surgery programme. In addition, we have also partnered with numerous hospitals and eye clinics across Indonesia to provide the operating rooms and its supporting facilities. To gather patients, we worked with government institutions, the Armed Forces, Police, education institutions, religious organisations, and national media.